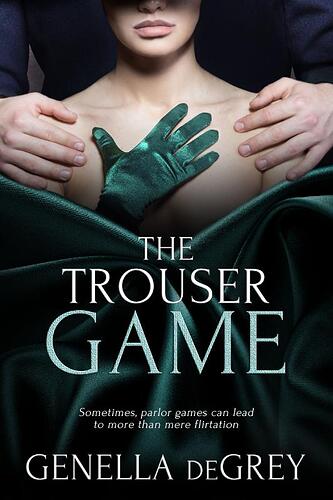 Sometimes, parlor games can lead to more than mere flirtation.

Jillian Kelley, a young woman on the brink of the new millennium, has just returned from university in the States. Her new knowledge of the world and its infinite possibilities facilitate a desire to disregard her mother’s old-fashioned Victorian parlor ideas of proper behavior.

As Jillian avidly pursues her girlhood crush—a traditional fellow countryman with wealth and property—a handsome American with whom she’d shared a passionate night comes to call. The insufferable intrusion is annoying to say the least, however his irresistible, seductive ways draw her cravings to the surface like the rise of a tide.

Bradley Townsend accepted with pleasure the bequeathed gift of Miss Kelley’s virtue the very night they met, but the adventurous blue-eyed beauty stole his heart, leaving him holding nothing but a note in the morning.

There’s no way in Hell he’s going to let her slip through his fingers—even if he has to hop on a ship, follow her home and seduce her all over again.