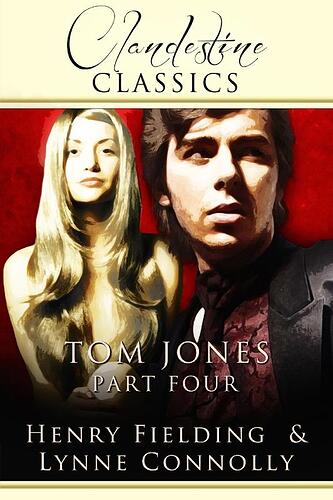 Part four of The History of Tom Jones.

Tom and Sophia arrive in London, but they still have to achieve their happy ending!

Tom and Sophia have reached London and the wicked city, with all its temptations, has a lot in store for them before they reach their happy ending! Tom has found himself a wealthy and titled mistress, but he is still striving to achieve the love of his life and clear his name from the calumny heaped on his head by the evil Blifil. However, he has his darkest days to go through before he can expect to achieve any happiness. And he yet might end up on the scaffold instead of in the arms of the woman he loves.

Sophia finds herself the centre of attention. A lord wants her hand in marriage, but her father has promised her to Blifil, whom she detests. Even her refined aunt wants her to marry someone who will give her the fortune she deserves, rather than the love she strives for.

Tom and Sophia have a way to go, but on the way they meet a dazzling array of characters and experience life in a London teeming with life and fun!