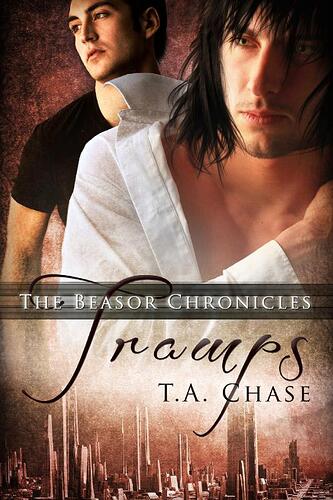 Searching for a Thief accused of stealing something precious, Chal acknowledges it’s the Thief that he wants and is unwilling to give him up.

Being a Tramp on Beasor means Chal spends most of his time transporting items from other universes for his clients. Since Tramps are unaffected by the draining symptoms of flashing, they are perfect for retrieval missions as well. He’s watched two of his friends fall in love, and longs to find his own lover.

When he accepts a mission to flash to Earth, and retrieve a Thief who has stolen something important, Chal had no way of knowing his target might steal his heart as well.

Palmer wants to be left alone. He’s been used by the man who was supposed to be his friend, and forced to do things he didn’t want to do. When he flashes to Earth, Palmer hopes he can remain hidden and safe. Yet the moment a Tramp walks into the diner Palmer works at, he knows his life has taken a radical turn.

For better or worse, the Tramp and the Thief have to find out where the truth lies in the tangle of lies they’ve been given.