Twice Upon a Blue Moon (HelenaMaeve) 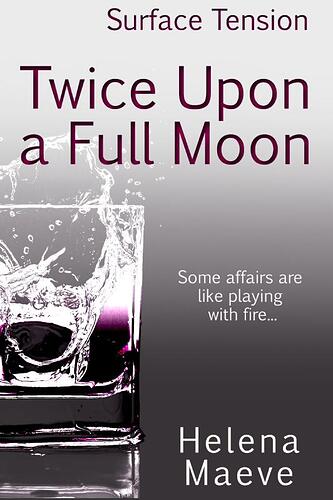 Some affairs are like playing with fire, but knowing you’ll get burned is no reason to throw the game.

When her best friend doesn’t show up after a no-strings date with a man she met in a fetish club, Hazel is duty-bound to fetch her from what could be a sticky situation. She doesn’t expect to find her friend’s date so attractive—or so unflappably cool. Not that it matters. Hazel has been burned before and she knows to stay away from handsome men who are patently out of her league, especially when they’re involved with her one and only friend.

Tesla-driving, suit-wearing Dylan more than fits the bill. But every barb Hazel throws him makes him rise to the challenge, and he doesn’t want her to find a way to say no. But not only does Dylan have his own playroom and a sound grip on the S&M lifestyle, he’s also a man of many secrets. Dylan sees a place for Hazel in his bed, but what he wants is more than a one-night stand.

As she acclimates to the idea that Dylan may not be entirely straight or entirely single, Hazel soon finds herself caught between two dominant men whose bond seems to balance on a knife’s point.