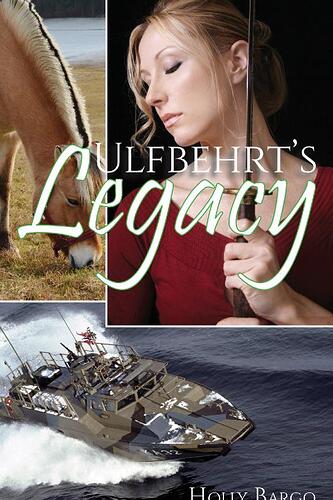 Fleeing horrific abuse and an uncaring legal system in the USA, Zoe lands in Norway to study archeology. With the nightclub where she worked closed down and her apartment building condemned, she needs a new job and a new place to live.

Her roommate comes to the rescue and invites her to move in with her family. Zoe’s grateful for the offer and the warm welcome Tabetha’s family extends to her, even though her oldest brother discomfits her.

Wounded in battle against eco-terrorists, elite sailor Lars moves back in with his family while he recuperates. Upon seeing his sister’s roommate, he discovers that his father’s “pow” theory of love isn’t just a cute story: Zoe stirs his blood like nothing else.

Zoe’s not looking for a relationship, but Lars’ gentle persistence shows her that she can trust him. However, an enemy wants to make Lars suffer by harming what will hurt him most, and one of Zoe’s abusers wants her back. Zoe saved herself once; she’ll have to do it again.