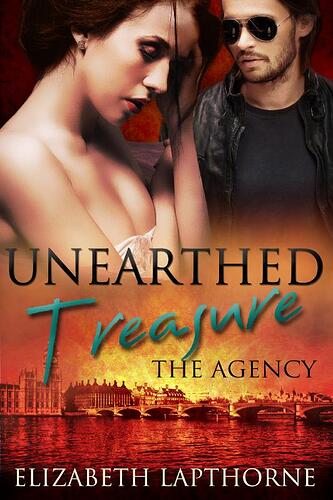 Chelsea and David have been working a year and a half to stop a smuggling ring. While discovering the last link, they unearth a far greater treasure—that of each other’s love.

Chelsea Atchison and David Greer have been working deep undercover for the last eighteen months to break a smuggling ring. Finally uncovering a workable lead they join the crew with the intention of helping them break into and steal from the National Gallery of London. What they hadn’t expected to uncover was the simmering desire for one another.

With no one but each other to trust, surrounded on all sides by their enemy and even their beloved work place—The Agency—starts to doubt them. The trust Chelsea and David had built between themselves explodes passionately into much, much more.

Still, they need to focus on the big picture, discovering the shadowy boss that the smuggling crew is answerable to and bringing him and the others to justice. When that involves breaking every law in the book, what’s one more—sexual intimacy between colleagues?