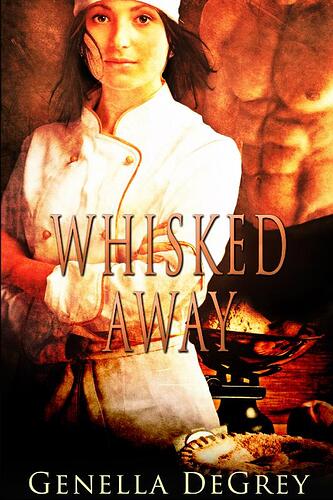 In 1892, just outside Barbizon, France, Virginia Clark tucks away her scandalously wanton ways to become a chef, but her girlhood sweetheart turned assistant, Rory Hughson, has other plans.

Virginia ‘Ginny’ Clark has not only learned her academic lessons, thanks to the generosity of her guardians Luke and Beatrice Hughson, but she’s reined in her girlhood curiosity about boys; a curiosity that just about got her sent to the nearest nunnery back in the summer of 1880. Now a promising pastry chef, Virginia, upon graduation from the premier cooking school in New York, has been chosen for a summer; long job at a private house party in Barbizon, France. This opportunity is a dream come true for her, until her childhood sweetheart throws a dirty fork into her custard.

Years have gone by and much to his chagrin, Rory Hughson, Ginny’s willing accomplice in the notorious carriage incident of 1880, still feels protective of his first love. Rory’s brother, Ace, and his wife, Beatrice, can’t possibly allow Ginny to traipse off to France unchaperoned; and more importantly, end up tossed into a house full of randy French artists!

Thankfully, Ace and Beatrice agree; but when Ginny slips away from the chaperone they’ve arranged for her, Rory sees no option but to follow.

Virginia isn’t happy, but soon things start to heat; up in the kitchen; or more accurately in the drawing room of a luxurious French chateau during a portrait painting.

Complications arise and cakes fall during the summer’s escapade. Get ready to be Whisked Away.