Wolf in the City (ElizabethColdwell) 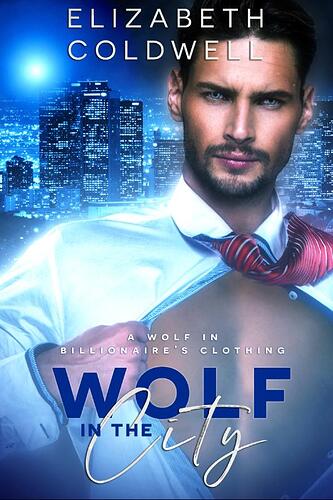 She’s about to fall in love with the real wolf of Wall Street.

Elliot Parata is an alpha wolf without a pack, after his was wiped out by an earthquake. Trying to get over his loss, he moved from New Zealand to New York and founded the Wuhuri Corporation, making billions through the creation of payment systems software. He tries to keep his life as private as possible, even though the press wants to know everything about this handsome billionaire, knowing if the secret of his true nature were ever revealed it would destroy him.

Aimee Bright is a diner waitress with a failed marriage behind her—the last woman a lone wolf might be expected to fall for, but when Elliot literally runs into Aimee in the street, the attraction is too strong for them to ignore. Soon, they are falling in love, but when an idyllic weekend getaway ends with Aimee catching Elliot mid-shift, the truth brings everything they had crashing down.

When things go from bad to potentially deadly for Elliot, will Aimee be able to overcome her fears and fight to save him?