Submitting To The Alpha (emiliarosewriting) 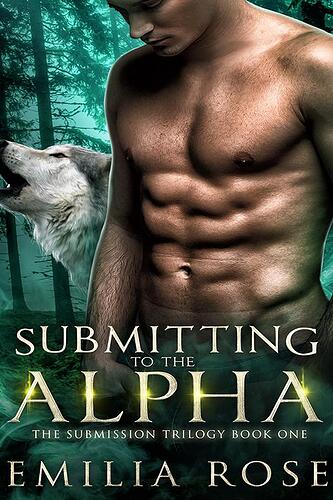 Isabella is in trouble. Big trouble. She knows that opening her curtains and touching herself while her alpha watches from the woods is wrong, but she does it anyway. And she plans on doing it again. Every night, in fact, until her alpha teaches her otherwise.

Is it hot in here or is it just this story??!

Roman and Isabella get suuuper spicy!! I hope you’re enjoying their story so far!

Book Club alert!! This one is STUH-HEAMY, y’all. So my question is: is this your FIRST werewolf romance read? Be honest!

the story seems interesting, I like that the story is not similar to the one I’ve read before… It’s not you’re my mate, I don’t like you so I reject you or something like that…I like that Isabella has her own goals and worked to achieved it

Hahaha, she definitely does have her own goals!

What do you think so far??? This was also my first foray into the werewolf romance genre!

I don’t have a lot to compare it to. This is also my first foray into the rimance genre itself. I will say, as a “romance genre virgin,” it got steamy sooner than I expected!

I was upset to see this story was only tagged as steamy and romance. There is an explicit rape scene in chapter two behind gems, but it was not explained as such. And the MC is only 17 when it happens.

This is my first werewolf story of any type and honestly I’m really put off by the fact that the main character is 17 years old. She’s a minor and we’re getting explicit, detailed descriptions of her sexual activities. What on earth

There are a lot of excellent steamy romance stories out there that aren’t rapey. I’m sorry this was your first.

This isn’t my first time reading werewolf fics, but this one made me really uncomfortable to read. I can’t continue past episode 2.

I found this story very problematic on so many levels, and frankly I only managed to get through the first two chapters. For context, this isn’t my first werewolf story, as I’m a fan of the genre, but this one just didn’t work for me.

Here’s what I found very concerning about this story:

I wouldn’t have as much of an issue with this if the MC and LI were consenting adults, but to have all of the issues above, on top of the MC being a child, is completely off-putting and disappointing.

This isn’t the first steamy werewolf romance story I have read, and unfortunately I was very disappointed with this one. I made it as far as chapter 5 before I gave up.

At first it seems as though Isabella is going to be a strong and independent character, but the more that we learn about her relationship with Roman the more problematic it gets.

He forces his alpha personna on her quite frequently and it comes across as though Isabella doesn’t have a choice in how to deal with him. She makes herself out as being different to the other females in the pack, but she obsesses over the alpha just the same as anybody else.

Thanks for all your thoughts here, folks! We appreciate your input and the points you have to make. I’ll surface your concerns to our content team so we can decide how we might be able to better call out some of the explicit themes you’re identifying in order to inform all our readers.

Agreed! Also… did anyone else catch what the Alpha… actually is? Like, he sounds like a despotic mayor of their town of werewolves. I know what an alpha typically is within the genre, but I walked away having so many questions. He has power over everybody in town, even choosing your job once your graduate high school? Was this explained in the chapter you read?

Yeah! That’s what is needed, a little more context about the story before starting. It’s really stomach turning to learn the MC is a child after you already read about her sexual exploits in the description.

Yeah, I found that really off putting as well. I have to wonder how Roman would react if anybody would want to leave based on him being a dictator.